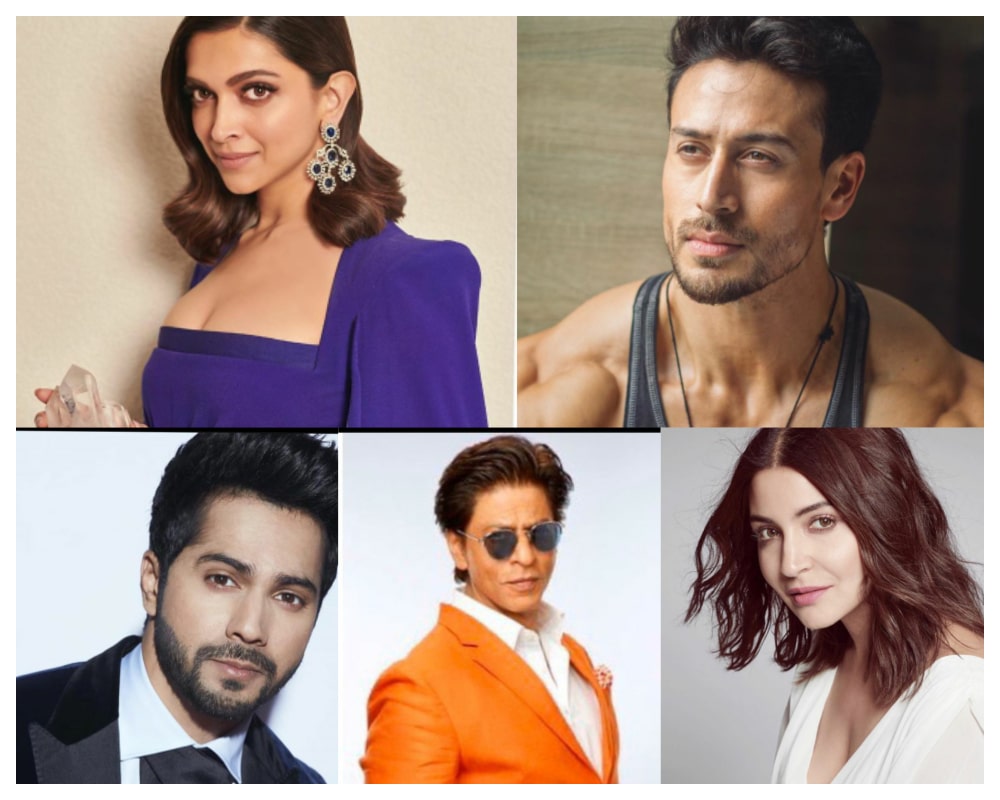 In India, opening up about mental illness is something that is not considered worthy of attention. However, many celebrities have recovered from this and again, spoken about their journey of battling Stress and Depression.

Have a glance over the top Indian celebrities who battled from mental disorders and came out like Rock stars:

One of the most established actresses of Bollywood; Manisha Koirala suffered from clinical depression, the cause of which was her ex-husband Samrat Dahlal. Not only she battled clinical depression but she is also a cancer survivor. This is what one of her Facebook statuses said when she was going through that bad phase.

“How slowly, shadows of my past friendships are becoming distant dream… did I have bunch of friends with whom there were promises of lifetime? Disappointed, yes I’m…but then life fills you with new hope, new friends…hoping this time around it would be rooted in deep values rather than just crazy, fun times!!”

The Diva of Bollywood Deepika Padukone opened about herself is suffering from depression in a TV interview and took a step ahead to establish a center for mental health to help people going through the same phase.

I thought it was stress, so I tried to distract myself by focusing on work, and surrounding myself with people, which helped for a while. But the nagging feeling didn’t go away. My breath was shallow, I suffered from lack of concentration and I broke down often.

This is what Anushka Sharma said in response to the quote related to depression she had put on Twitter:

I have anxiety. And I’m treating my anxiety. I’m on medication for my anxiety. Why am I saying this? Because it’s a completely normal thing. It’s a biological problem. In my family, there have been cases of depression. More and more people should talk openly about it. There is nothing shameful about it or something to hide. If you had constant stomach pain, wouldn’t you go to the doctor? It’s that simple. I want to make this my mission, to take any shame out of this, to educate people about this.

Not many of us know but actor Varun Dhawan revealed that he was battling depression while shooting the movie, Badlapur.

I was depressed. I was not clinically declared depressed but I was heading there. I was very sad to a certain degree. I don’t want to use the term ‘depression’ loosely because it’s a serious illness. It definitely affected my mental health. I was prescribed and did see a doctor for it as well.

Method actor Randeep Hooda revealed about being depressed during the shoot of Imtiaz Ali’s, Highway and his upcoming movie, Sarbjit. For Sarbjit, he shed around 18 kg in 28 days.

There was a big hangover after ‘Sarbjit’ because of the involvement that was required in the film. It all lingers on. It has happened before as well. After ‘Highway’, I was depressed for a long time. I had to tell myself that I am not a petty taxi driver and that is not my life. Nobody loves me the way other characters loved mine in the film. You have to go through such things at times.

In an interview with Miss Malini, actress Ileana D’Cruz talked about her struggle with Body Dysmorphic Disorder, anxiety, and depression and how constant help and support from family and friends help her during tough times.

Anxiety, Depression & Stress Open up and encourage others to do the same about mental illness. It’s not a sign of weakness.

Everyone goes through times of fear, worry, and sadness. But when those negative emotions affect you and are quite intense than don’t be shy just consult with the Best Psychiatrist in East Delhi. Dr. Pankaj Kumar is a renowned psychiatrist and addresses concerns related to anxiety disorder, clinical depression, exam stress, depression, social media dependency, Trauma & PSTD, Intoxication, Dopehead-related treatment, etc. He helps the patients in being open about their issues, communicate more and become interactive.

If you have seen any sign of the above-mentioned problems, don’t delay and book an appointment with the Best Psychiatrist in Vivek vihar.

Connect us on social media

Rate us on Google

Roky Khatri
12:24 16 Jan 20
Dr. Pankaj Kumar is very friendly doctor. He is the best doctor for deaddiction and all mental problems.

Makeup bites
20:19 06 Sep 19
I m Deeksha , getting treatment by Doctor pankaj Sir in Max hospital . I would only like to say 4 words to describe him... - " HE IS THE BEST" Nobody give bad reviews to him okay 😡read more

Charles Bay
06:14 28 May 19
Although we have never forced any of our kids to outperform of outshine the rest, my daughter had always done well in... her school. When she started preparing for her college exams, we noticed that she seemed distant and panicked very quickly if we brought up studies. After the consultation, we realized that she was in exam stress. The clinic helped her transition and we are glad that she has her smile back.read more

Nancy Vyas
10:05 11 May 19
My son received treatment for depression after a stressful job and a toxic relationship had caused severe emotional and... mental pain. We were particularly happy about the clinic’s approach towards treating depression. The doctor was very involved in my son’s journey as he gradually stepped out of depression. I highly recommend the clinic.read more

Harold Dickerson
11:54 03 May 19
I am currently undergoing treatment for depression at the center. For a time, I had given up hope, but the center has... an extremely helpful staff and is determined to healing patients in a very holistic manner. I can see a difference in myself already and my family and friends have noticed a positive change too.read more

Siddarth Ravindran
10:58 01 May 19
The doctor is a thorough professional. He made it easy for me to open up about my problems and ensured that my recovery... process was nicely tailored for my needs. I visited him for a consultation about stress and depression. Thankfully, I have been completely healed.read more

Saket Lohani
05:06 13 Mar 19
Visited Dr Pankaj Kumar For Stress Management Counselling I really appreciate Dr. Pankaj Sir really helped me out and I... have changed so much and also I really appreciate for dedicated time he has given to me and for his hard work towards me.I am really thankful to u sir.read more

Shanker rajput
05:58 08 Mar 19
Dr. pankaj kumar is a very friendly his understanding about the disease and patient behaviour is superb. half of my... problem got solved by just meeting him once.read more

Ojas Gupta
05:37 08 Mar 19
dr pankaj is one of the modern day docs who makes you comfortable in first visit and you open up on your own for all... issues and thats what exactly a psychiatrist wishes so that he can treat you well nailing the diagnosis.read more

Ritu Verma
05:34 08 Mar 19
Value for money easy approach to the clinic and responding all call. Very friendly in nature and feel like a friend

Easha Gulati
09:41 25 Feb 19
I was in severe ear pain and when realized it is something to do toothache, decided to visit Dr. Bharti. She patiently... heard all the concerns I had, examined and suggested for wisdom tooth extraction as it was growing in a different angle which was pressing my nerves causing headache and ear pain. I had unexplained headache due to the same as well. I was very nervous and scared to get the tooth extracted but Dr. Bharti was very good and she is ensured no pain and very comfortably removed the wisdom tooth. The headache and ear pain also disappeared after this. I am very happy that I consulted her and took treatment from her. She has now become our family and friends goto Dentist.read more
Next Reviews

We are located here

The Healers Psychiatry Centre
5.0
Based on 7 reviews
powered by Facebook

Juwel Ahmed
2020-05-26T16:05:17+0000
Greetings to you all, am so much appreciating God almighty for using Dr Ehijator the herbal Doctor to cure my herpes,... while this may sound discouraging and people may not believe that herpes have a cure, i have been to so many places for help including hospitals wasted money and times hoping that i was going to get cured but nor was able, until God use someone to cure me from this virus, true the help of a man called Dr Ehijator, with his herbal medicine which he prepared and send to me that i took for 21 days. Well I don’t have much to say, am so much happy for his good work in my life because i never thought i will have a good health again, thank you so much Dr Ehijator. you can also contact Dr Ehijator for help via email drehijatorherbalcenter@gmail.com you can also call or add him on whatsapp through his mobile number +2349039447158. he also have the cure to other disease and many more... Hiv cure, Hepatitis B cure, Brainstorm cure. Cancer cure, Lupus cure, Diabetes cure, Skin infection cure, Hsv 1/2 cure, penis enlargement, he also have powers to bring your Ex back with a spell carter, • •https://m.facebook.com/Doctor-Ehijator-102689961351604/?ref=wizardread more

Mahendri Devi
2017-07-30T05:14:55+0000
It has been really very good with Doctor PANKAJ, i have consulted him for depression since last 15 years but since... last 8 months was not being able to feel better my condition wasn't improving and at that time my friend gave me Dr. Pankajs references and its being 2 weeks now and I'm feeling better. The way Doctor explains every situation is unique in its own way by giving a lot of examples to make it easier for the person and his/her family to understand things more clearly.The most important thing for a person is to trust the doctor, to feel satisfied and to have that sense of belief that he/she will be fine soon and is in the right hands that level of comfort was being given by him. And another important thing which should be there in treating the depression patients is the Feedback from the patient's side to keep a track whether the medication is working in the right direction or if there is any scope for further changes which usually other doctors doesn't really work on they just give you a date for next visit and not ask for feedback till that date as there could a possibility to make changes in the medication in between in order to make the person feel relieved asap but Dr.pankaj sir was available whenever you wanted to talk to him to dicuss the feedback of the patient,to make sure that the medicines are doing there work in the right direction. I know it becomes very difficult and also creates a lot of confusion wether we should change the doctor or not,what if our problems will increase etc etc , i can also understand the pain which the person and his/her family goes through,but trust me friends i would just say one thing that just visit his place once just meet him once and you won't fear from depression anymore, he will transform all your negative thoughts into positive thoughts and he will held your hand and consoles you in manner just to make sure that you will get a sense of relief asap. Please consult him guys and you will see the change in your loved ones life..read more 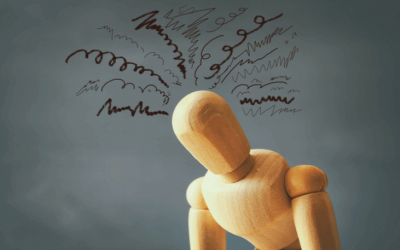 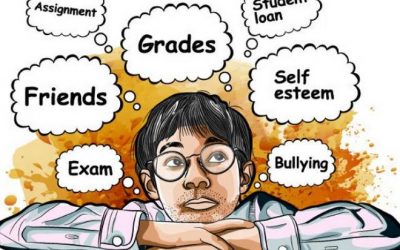 How to Spot Signs of Depression in Teenagers by Dr. Pankaj Kumar Best Psychiatrist in Delhi